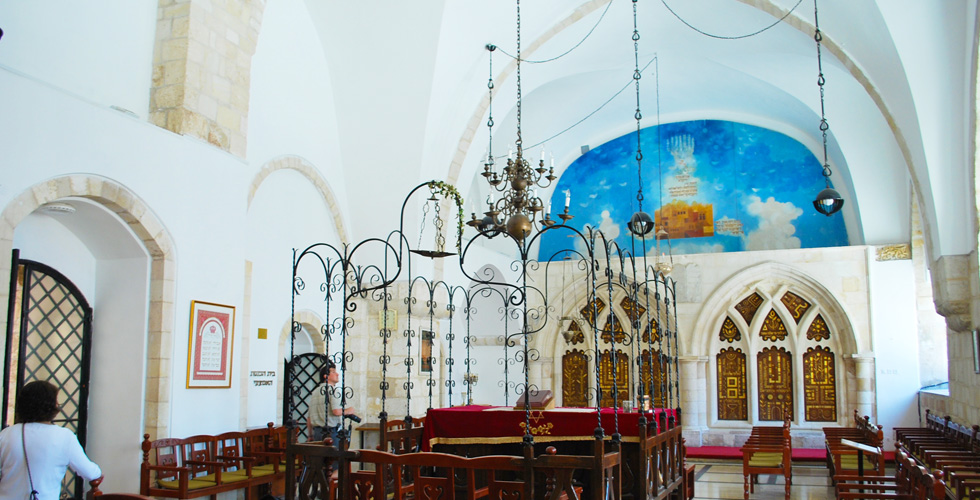 Morocco’s Jewish Heritage is the most broadly visited on the planet and Morocco’s key Jewish Heritage destinations are situated all through the nation’s Imperial Cities and rustic areas. Since the Arabic-Islamic colonization, Morocco from the seventh century Muslims and Jewish have coincided calmly together. Jewish locales in Morocco are secured by the Moroccan Kingdom and open every day for guests. As of late, all Jewish Heritage destinations in Morocco are under remodel and conservation to guarantee they stay an aspect of Morocco’s Jewish Heritage. What can dazzle you is that Morocco is the home to the main Jewish gallery in the Muslim World: the Museum of Moroccan Judaism which is open day by day 6days per week with accessible private arrangements.

Arrival at Casablanca Mohamed V Airport. Meet your English speaking driver transfer to Rabat (1H drive by highway), the political capital of the Kingdom since 1912. You will be taken for a tour of the Imperial “garden city” of Rabat. You will also get to see the graceful Mohammed V Mausoleum and Kasbah of the Oudayas. Explore another walled city, the ancient ruins of Chellah, where Jewish people are supposed to have lived during the time of the Phoenicians. Have dinner and spend your night in a hotel.

After breakfast at the hotel, you will be taken to Fes through the Imperial city of Meknes where the Jewish presence is proven by Hebraic commemorations dating from the Christian time just as Greek engravings that despite everything show up in nearby Synagogues. Visit the Talmud Torah in the Jewish Quarter and the new Mellah. You may visit the burial place of Rabbi David Benmidan, who was the "Supporter of Meknes" After an optional lunch stop at the antiquated Roman remnants of Volubilis. Appreciate a decent time back to the Roman Empire. From this peaceful site, you can see the Holy City of Moulay Idriss - a public journey site. Head to the otherworldly city of Fez. Dinner and Overnight at your hotel.

After breakfast at the hotel, you will be taken for a full day guided city tour of Fez. Fez was established in the 8th century and was the first capital of Morocco. In the present times, it is an academic, pious, and cultural center. Fez is among the most popular urban areas in middle age Jewish history. It was at one time the home of one of the most persuasive Talmudic researchers, all things considered, Rabbi Isaac Alfasi, just as of Maimonides in the years 1160 to 1165. Features will likewise incorporate the Mellah with every one of its Synagogues. The close-by graveyard that contains the burial chambers of more Jewish holy people than some other graveyard in Morocco. One of the more significant holy people is Lalla Solica. The Synagogue of Roben Ben Sadou. See the one as of late reestablished Iben Danan place of worship. Visit of the archaic Medina and strict Islamic focus and college to be specific the Attarine Medersa, the Karaouine Mosque, and University just as the Nejjarin Fountain. Afterward, have dinner and an overnight stay in the hotel

After breakfast at the hotel, you will be taken towards Merzouga. On this journey, you will pass through Berber villages, never-ending date palm farms, and the regal Atlas Mountains. You can have an optional lunch at Midelt before continuing towards Erfoud which is famous, for the date festival and Marble Industry. After this, explore the desert dunes of the Sahara, mint tea and local cookies will welcome you. Now is the time to sit on the camels’ back, and trek into the wonderful, huge, and quiet Sahara, where you can enjoy a beautiful sunset. The beautiful sunset will look majestic and the beautiful view will be a new experience for you. Afterward, return to your camp for a traditional meal and spend the night in your tented camp.

After breakfast, enjoy Merzouga where you will witness the sunrise over the dunes in Merzouga. Leave for Skoura through Tinjdad and Tinghir with a diversion to the inspiring Todra Gorges, where you can stop for optional tea or lunch. You approach via palm grove oasis and cross a stream to get there! You will have a short city visit through Tinghir where a decent number of Jewish used to live during the twentieth century. Visit the Jewish quarter, the territory where Jewish used to live in conjunction with the neighborhood Berbers. Stop at Boumalne Dades where you will see the limestone cliffs with exceptionally formed disintegrations and brilliant view and the valley' spise. Driving along you will see fields, riverbanks, and a few ksours (Castels). Pass through the Dades Valley, the longest valley. You will also see El Kelaa M’Gouna, which is popular for roses, and there is a major celebration praising this lovely yield. Afterward, have dinner and an overnight stay in the hotel.

After breakfast, start the tour of Ouarzazate, which the French built as a garrison and administrative center in the 1920s. Visit Taourirt Kasbah, a magnificent 17th-century castle once a residence of EL Glaoui Pacha. From here, you can have a scenic view of the valley of Ouarzazate and the vast Atlas Mountains. You will visit Aït Benhaddou, a UNESCO World Heritage Site and abode of the area’s most interesting kasbahs, some of which have been presented in renowned films, comprising Lawrence of Arabia and Gladiator and Games of Thrones. Progress towards back to Marrakech crossing the Tichka pass and the spectacular High Atlas Mountains. Admire the wonderful visions, daily life in rural villages and towns, and reach the captivating “Red City” of Marrakech, where you will have a beautiful tour and get to visit the Jemaa El Fna Square the beating heart of Marrakech. Have Kosher dinner at a Jewish local house and overnight stay at your hotel.

After breakfast at the hotel, you will be taken for a city tour of Marrakech, which is the second Imperial city in Morocco after Fez. Marrakech is also known as The Red City and was established in the late 12th century by the Almoravides dynasty. Explore the city’s rich Jewish Heritage as well as other historical monuments. Begin with the past and current synagogues within the Mellah near which there is several centuries old original Jewish cemetery. The cemetery is now below ground level, totally covered, and concealed by a second "generation" level of graves. After this, visit the captivating sites of Marrakech, as the vibrant markets in the medina, Koutoubia Mosque, the well-known Djemaa El Fna Square with its enduring show of magicians, folktale, snake charmers, fortune-tellers, storytellers, and much more. Get to the attractive Bahia Palace with its magnificent interiors and alluring charm. After this, have free lunch at a local restaurant. After lunch, visit Majorelle Garden. The Majorelle Garden was created in the 1920s and has various beautiful plant species from all over the world. Explore the city of Gueliz and check out its numerous cafes, galleries, and restaurants. Afterward, have dinner at a nice restaurant and return to the hotel for an overnight stay.

After breakfast, drive to Casablanca where you can have an optional lunch and start the city tour of the “White City”. This tour includes a visit to Hassan II Mosque, Royal Palace, visit the Mellah and its temples and synagogues, like, Beth-El, the major synagogue, and a significant community center. Visit the Museum of Moroccan Judaism, which was the first Jewish Museum in an Arab country. Visit the Corniche Boulevard, United Nations Square, Habous district. Have Kosher dinner at a Jewish local house and overnight stay at your hotel.

After breakfast at the hotel, you will be transferred to the airport as per your flight schedule. 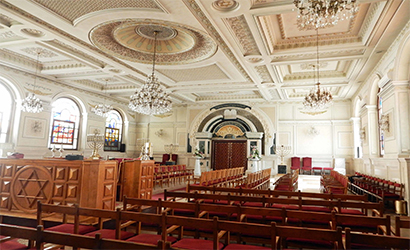